The Company contracted with the Finland Geological Survey (GTK) to re-log and sample four representative, historic drill holes from the Kolima exploration projects carried out from the mid-1950’s to the early-1980’s by GTK.  Re-logging of the four drillholes, totaling 743.55 meters and situated along a 2-kilometer strike length, indicates that predominantly disseminated zinc mineralization is present, for the most part, through long intervals of mixed volcanic and sedimentary rocks that form the core of the district-scale Kärnä Anticline.  Holes that were started further to the west in the west limb of the anticline tended to have thicker zones of zinc mineralization, while the southeasternmost hole, collared at the edge of the east limb of the anticline, contained the least amount of target volcano-sedimentary rocks, and thus little zinc mineralization.

Paul W. Kuhn, President and CEO of Avrupa, commented, “Getting a handle on the geology of the Kolima target area, combining that with already-known geophysical targets, and now adding supportive zinc and multi-element geochemistry gives us a clear view as to where to drill when we receive the exploration license.  This is a well-thought-out targeting process which utilizes strong corporate knowledge of volcanogenic massive sulfide systems.  We are looking forward to completing the application process and getting down to the business of drilling.”

In addition to intervals of disseminated sulfides, detailed logging also revealed the presence of several thin beds of semi-massive to massive sphalerite, zinc sulfide, up to one meter thick, in two of the holes, again suggesting that the representative drilling cut distal deposition portions of a VMS system. Typical VMS pathfinder elements, including iron, manganese, antimony, arsenic, molybdenum, and locally tin, show anomalous results.  VMS metals themselves, copper, lead, and silver, are also present locally anomalous levels in the sampled core.  Following are the zinc results of interest in the holes, from north to south: 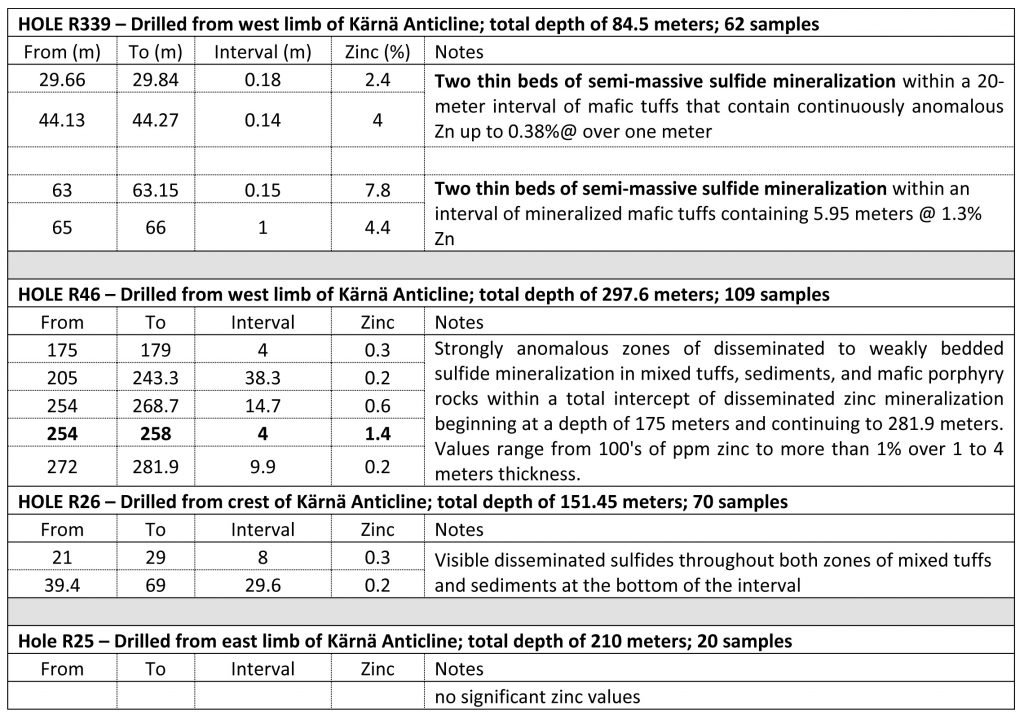 Table 1.  Results of sampling of disseminated zinc mineralization at Kolima along the Kärnä Anticline.  It is encouraging to observe the widespread, disseminated to thin-layered zinc mineralization in mixed volcanics and sedimentary rocks suggesting a distal VMS facies depositional environment.  Indicator element anomalism, including iron, manganese, antimony, arsenic, molybdenum, and locally tin, also suggest distal facies VMS mineralization.  Locally anomalous values of silver (up to 41.2 g/t over one meter), copper (up to 895 ppm over one meter), and lead (up to 0.39% over four meters) further support the possibility of nearby VMS mineralization. 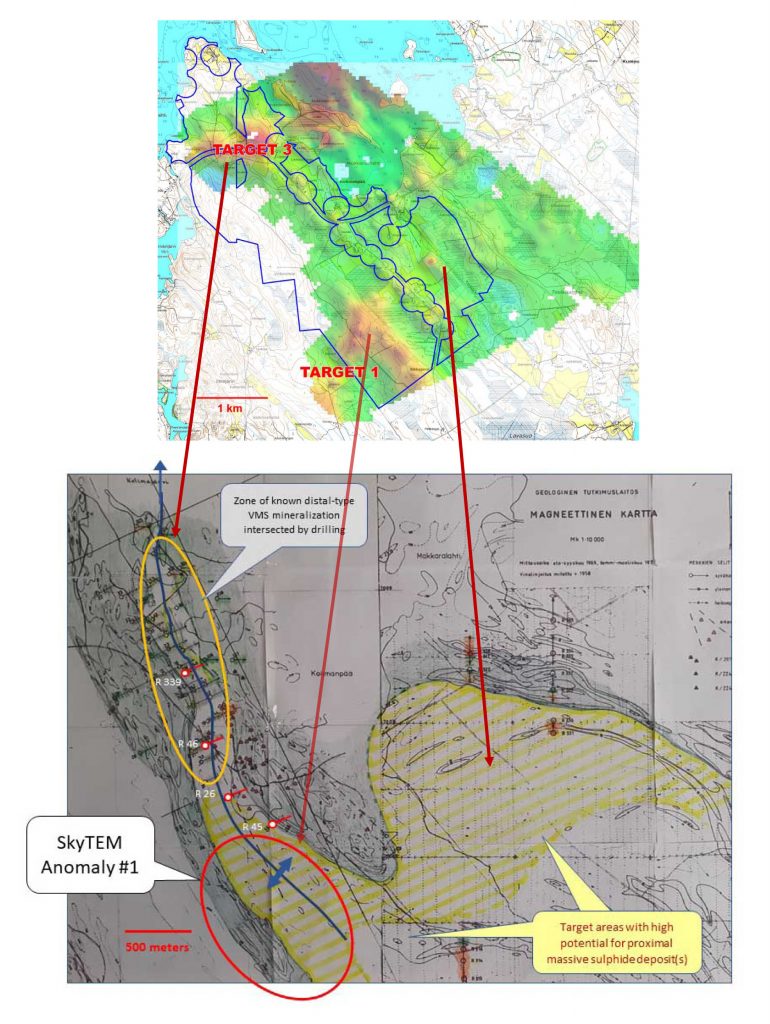 Results of the work to date are positive, and detailed review of all information vectors to the possible presence of a base metal-rich massive sulfide system at Kolima.