Avrupa Minerals Ltd. (AVU:TSXV) is pleased to announce that it has completed and submitted an application for a new Exploration Permit covering the historic Kangasjärvi zinc mine, potential extensions, and new targets along strike of the favorable mineral-hosting horizon.  The application covers approximately 18.4 square kilometers of favorable terrane for copper- and zinc-bearing volcanogenic massive sulfide deposits.  This is the Company’s second Exploration Permit application in Finland, subsequent to its acquisition of 49% of AFOy (See news releases of December 20, 2021 and March 9, 2022).

Paul W. Kuhn, President and CEO, commented, “The new application is the next step in creating a strong exploration program in the Pyhäsalmi Mining District, Central Finland.  The application covers already-known massive sulfide mineralization with good potential for new discoveries.  We have already completed several geophysical surveys, including SkyTEM and drone-supported magnetics, over the target area. And, we have now started to compile recently-acquired historic drill information to get a better idea of the position and tenor of mineralization in the mine area.  With this information, we expect to be able to generate new, previously-untested targets in the Kangasjärvi area.” 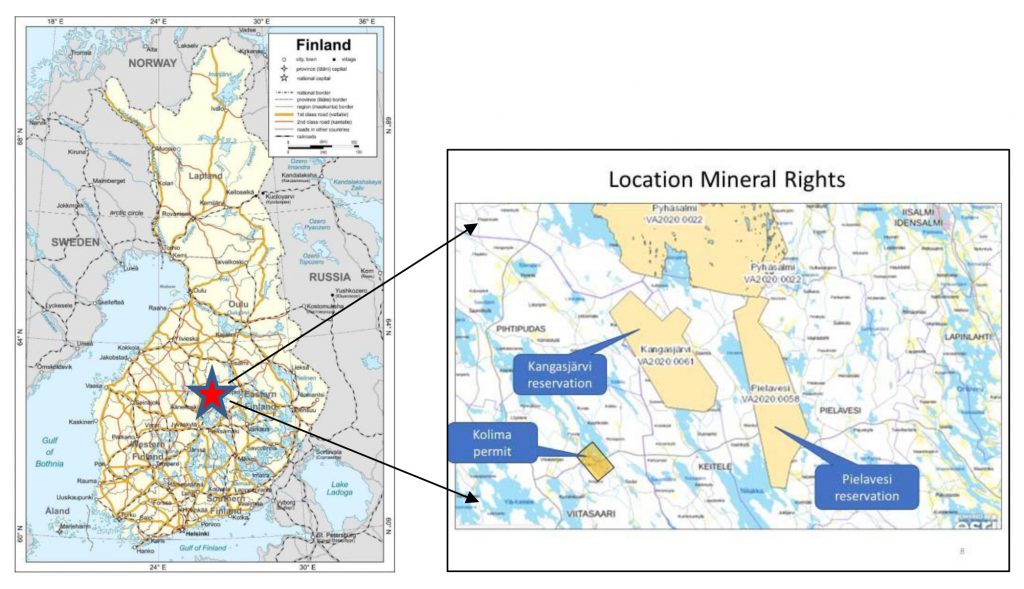 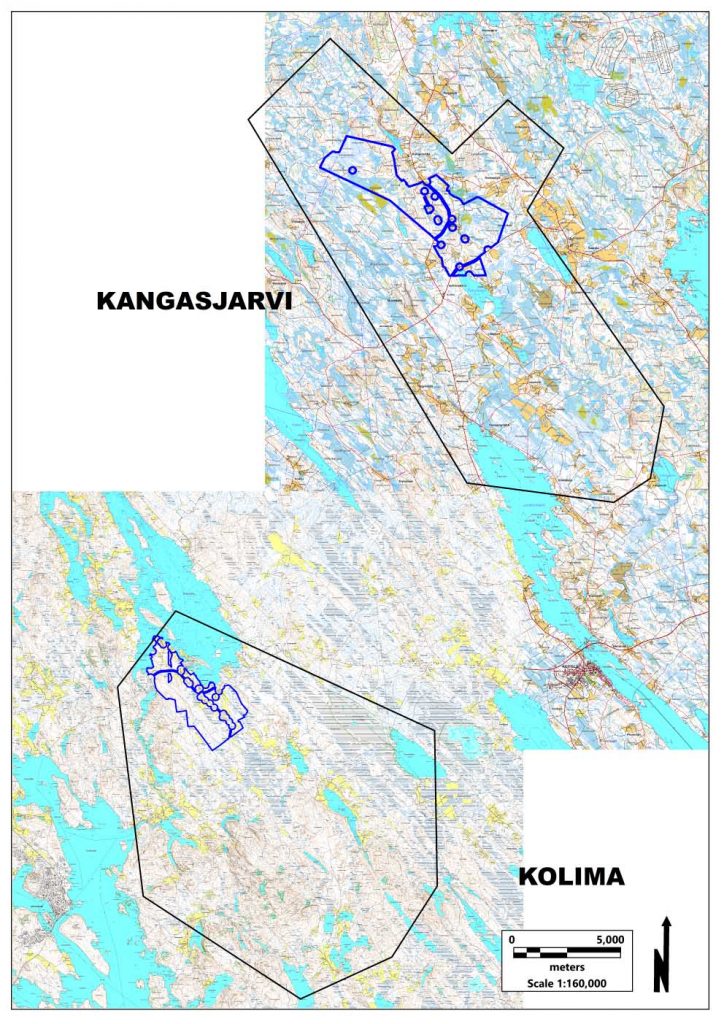 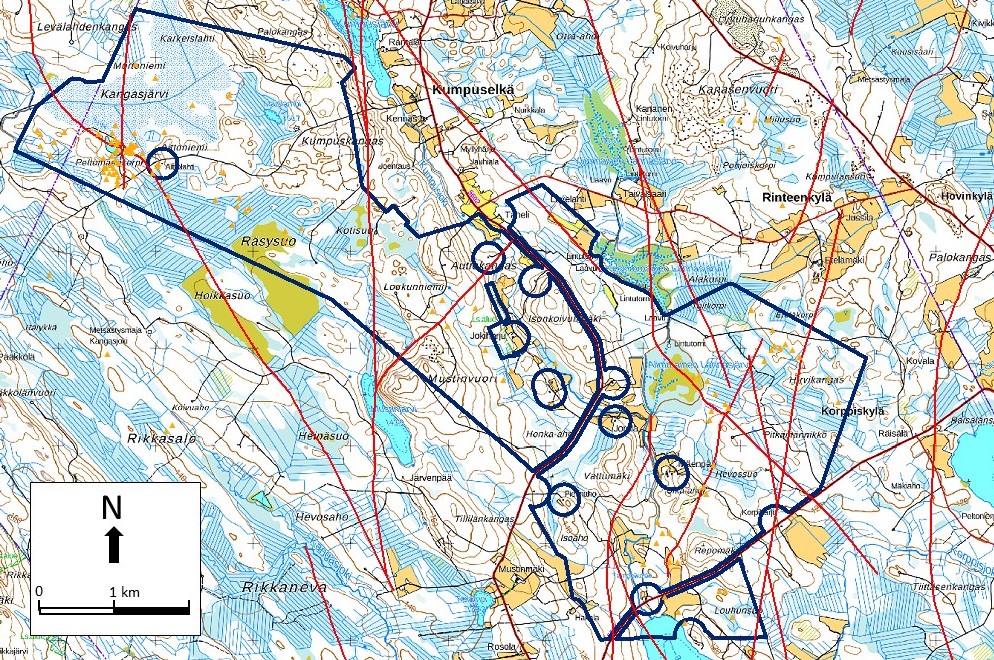 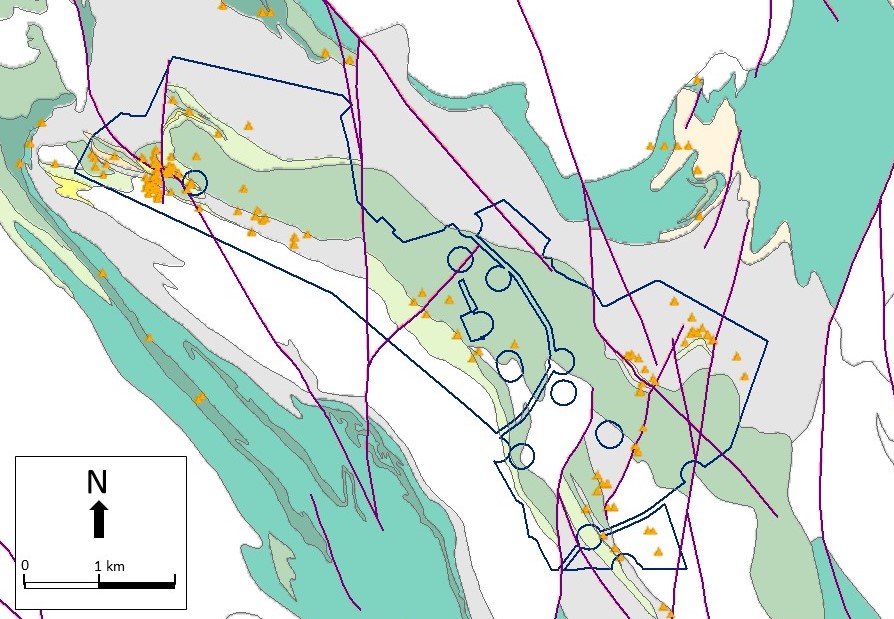 Figure 5. Historic drill hole locations and geology of the district. Note large number of holes (in orange) delineating the historic Kangasjärvi Deposit at the northwest end of the license application. 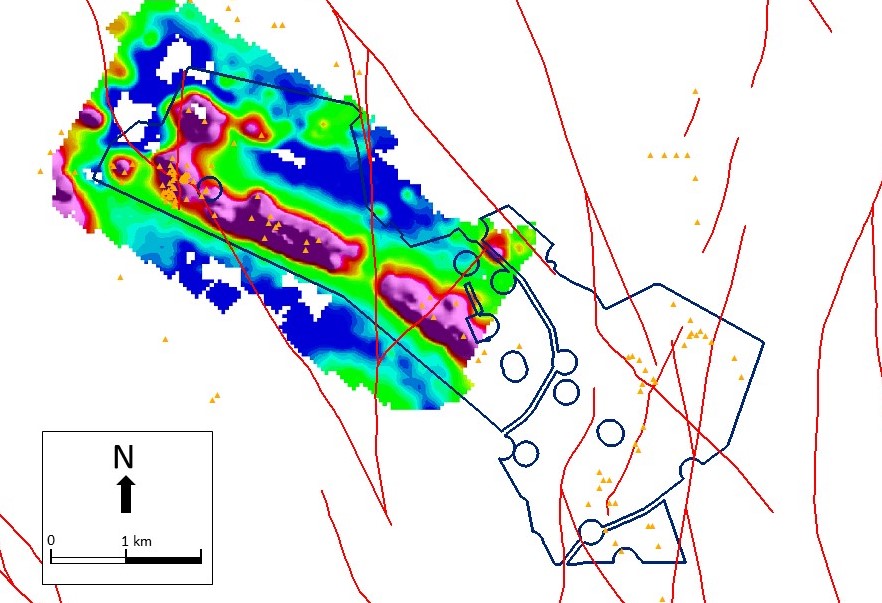 Figure 6. SkyTEM conductor at 200 to 250 meters depth. The conductive anomalism extends at least 4-5 kilometers southeast from the old mine and one kilometer to the north. The Company is in the process of reviewing historic drillhole information to verify mineralization, host rock geology, and structure, to see how these fit with the geophysical data, including SkyTEM and magnetics. Utilization of this information will enhance drill targeting. 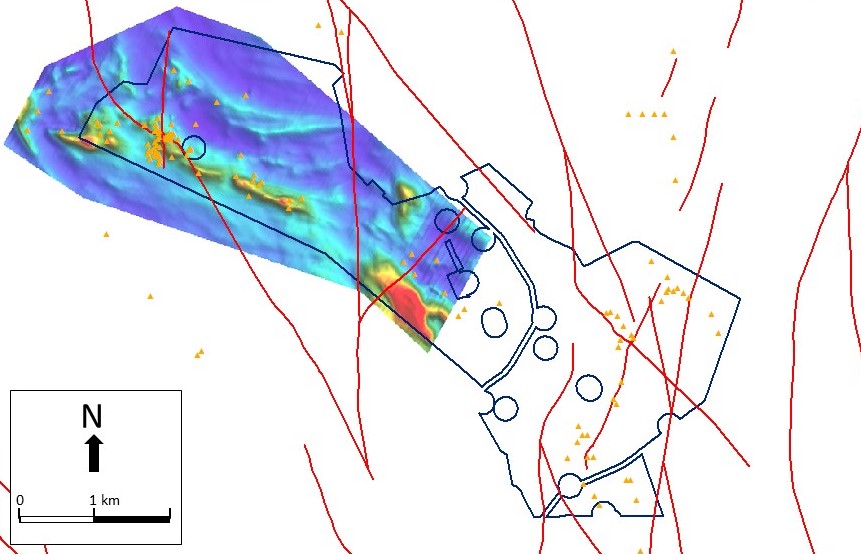 Figure 7. Drone-supported total magnetics map showing similar anomaly pattern to the SkyTEM conductor. We suspect that the magnetism is incorporated into a close-to-mineralization horizon marker bed.

Kangasjärvi is located only 25 kilometers south of Finland’s largest base metal mine, the still-active Pyhäsalmi zinc-copper mine.  In 1985, Outokumpu provided an in-house, non – NI43-101 compliant, resource estimate for Kangasjärvi that defined an indicated and inferred mineral resource inventory of 300,000 mt of 5.4% zinc.  Mining took place during the winter of 1984-85, and company reports described a total extraction of 86,000 mt of 5.14% zinc and 41 g/t silver before closure of the small-scale operation.

Note:  Historic resource calculations provided in Outokumpu Oy internal reports were not prepared to standards of NI 43-101 reporting.  While there is no reason, one way or the other, to dispute these historic reports, Avrupa Minerals does not and will not rely on the accuracy of this information to make further exploration plans and/or decisions.  The information is presented merely to indicate that massive sulfide mineralization is/was present, and was discovered in certain, identifiable rock units at Kangasjärvi.  The massive sulfide body was mined for a brief period, and these same mineral host units may become new targets along the strike length of unit extensions within the exploration application area.

First-pass review of drillhole logs and data suggests that the mineralization at Kangasjärvi is hosted by a unit comprising of fine-grained tuffs and sediments, and includes thin limestone layers that may act as marker beds within the mineral-horizon package.  The potential mineral-hosting unit is strongly altered, originally chlorite/sericite, and subsequently highly metamorphosed to include a cordierite-garnet-sillimanite assemblage of minerals.  Widespread disseminated sulfides are present with increasing base metal sulfide content towards the known massive sulfide layer.

The mineral horizon, as outlined by historic drilling in the open pit area and immediate surroundings over a strike length of 300 meters, is also reflected by strong conductivity and magnetism.  As noted in Figures 3 and 4, above, similar high conductivity and magnetism extend in strong and pronounced anomalism beyond previously-drilled mine area to the southeast over at least four kilometers and also for one kilometer to the north of the Kangasjärvi Mine.

The area is structurally complex, but the Company expects that selective re-logging and sampling of available core, along with compilation and re-interpretation of all acquired data, will generate new, potential mineral target areas beyond the mine.  As work is completed in the coming months, Avrupa will provide further drill targeting information.  The Company plans to be drill-ready when the Finnish government (Tukes) issues the exploration license, potentially in Q1/Q2 2023.