Avrupa Minerals Ltd. (AVU:TSXV) is pleased to update on progress at the Alvito Project located in south Portugal.  Exploration work is funded by OZ Minerals, who must spend A$ 1 million to earn-in to 51% of the 300-square kilometer Project.  To date Avrupa has completed ground magnetics and gravity geophysical surveys, geological mapping, rock chip sampling, and drill targeting.  Originally, a 1500-meter drilling program was slated to be completed during Q3/4 2017, but ongoing ground exploration work continued right up until the end of the year.  Successful targeting suggests that there may be reason to increase the proposed amount of drilling to 2000-2500 meters.

The following map and table summarize the targeting process at Alvito.  Most exploration at Alvito has concentrated on the southern half of the license where numerous copper prospects along two sub-parallel, 10-km long, NNW-trending structures highlight the potential for copper-gold mineralization.  However, latest work in the north after completion of the geophysics also suggests that there is potential for copper mineralization in a number of areas there, as well.

Table 1.  List of Alvito targets presently under consideration.  Highest priority areas to date, based on results from geochem, geophysics, and geologic mapping, are shaded for emphasis. 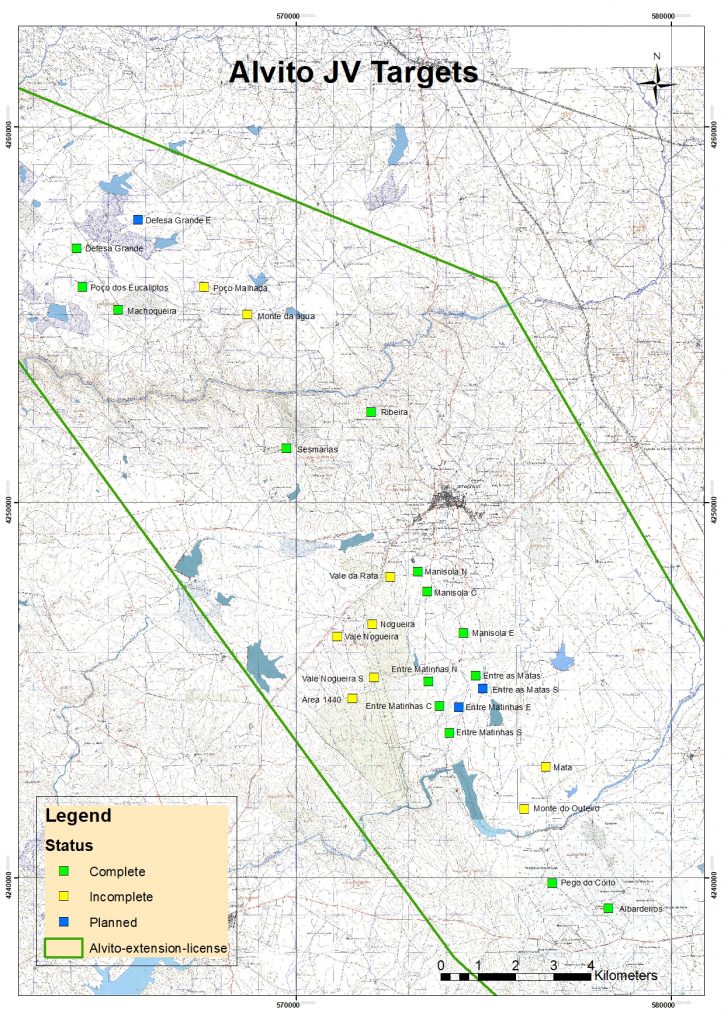 Figure 1. Map of the Alvito license with location of targets.

Recent rock chip sampling and mapping suggest new targets in several areas, particularly around the Mata and Monte do Outeiro targets where geochemical anomalies in gold, copper, bismuth, molybdenum, tungsten, lead, and zinc suggest the presence of a previously unsuspected, potentially mineralized, buried felsic intrusion.  Gold and copper anomalism associated with magnetite breccias and gossans at the Entre Matinhas, Entre as Matas, and Manisela target areas are also high on the targeting list for the coming drill campaign.  A number of copper-bearing quartz vein occurrences in the Nogueira and Vale Nogueira areas suggest further target possibilities in larger, less-explored parts of the Alvito license.  Following is a table of recent rock-chip sampling results for gold and copper from a work order of 50 rock and QA/QC control samples.

Table 2.  Partial list of recent results for rock chip sampling around the Alvito license.  Gold and copper results clearly upgrade these target areas.  Further ground work will continue as part of the drill targeting process.  Note consistent detectable gold values (up to 13.1 ppm) and high copper values (up to 2.95%) at Mata and Monte do Outeiro.  Samples were prepared by ALS Minerals in their Seville, Spain facility and analyzed by ALS Minerals in their Loughrea, Ireland analytical laboratory to industry standards, including use of standard QA/QC protocols.

Paul W. Kuhn, President and CEO of Avrupa Minerals, commented, “With the financial and technical support of our partner OZ Minerals, we have made real progress in the Alvito Project area.  This is probably the first, truly systematic exploration of the area, and results of the first and second pass exploration work demonstrate the potential for copper and gold mineralization in a number of areas.  Field targeting will continue until expected startup of drilling around the end of March, or end of the rainy season.”

The Company currently holds nine exploration licenses in three European countries, including six in Portugal covering 3,271 km2, two in Kosovo covering 47 km2, and one in Germany covering 307 km2.  Avrupa now has three active option and joint venture agreements, two in Portugal and one in Kosovo, including: