Avrupa Minerals Ltd. (AVU:TSXV, AVPMF: US DTC) is pleased to announce that it has recovered 100% ownership of the Alvalade VMS copper/lead/zinc Project, in the Iberian Pyrite Belt of southern Portugal.  Avrupa has signed agreements with two former partners that transfer the outstanding 60% ownership of the project back to Avrupa in return for certain debts being forgiven to one partner, and future success-based payments to another former partner.  Avrupa now holds 100% of the Alvalade Project.

About the Alvalade Project

A summary of some of the previously announced results from Alvalade is presented below: 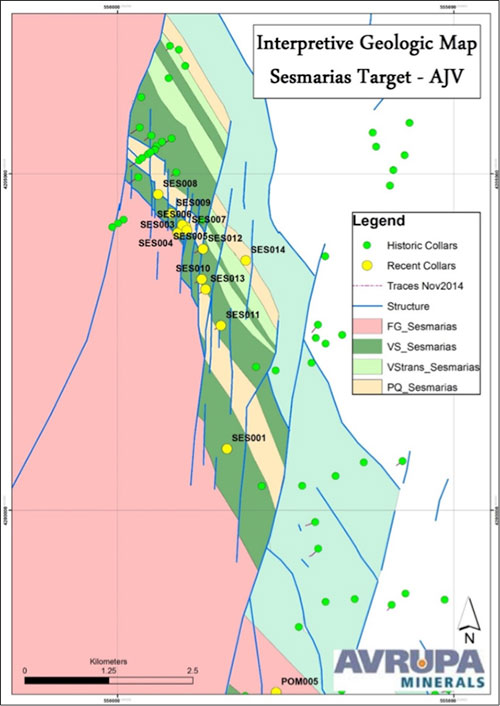 The Project was optioned out a second time in Q3 2015.  During this earn-in period (2015-17), Avrupa drilled four additional holes into the Sesmarias target area that confirmed and extended one massive sulphide lens in the area to a length of 300+ meters with a 20-40 meter thickness. The lens is open to the northwest and down dip to the northeast.  The assays from those four holes are reported below. 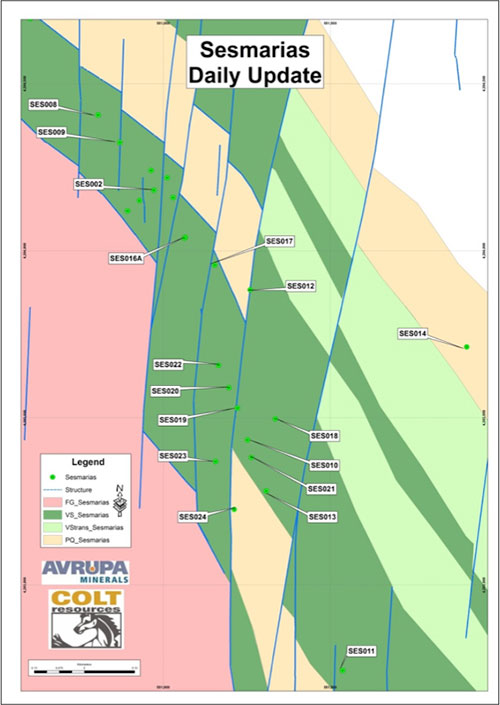 In 2015, Avrupa conducted downhole geophysics, utilizing the “mise-a-la-masse” (MALM) method, and combined with historic ground magnetics data, suggested that the sulfide lens may continue another 300 meters or more to the northwest from SES022.

To date, 54 holes have been drilled around the license by Avrupa for a total of 21,121 meters.  More than 10 of the holes intercepted massive sulfides with various grades of copper, lead and zinc.  Details of those results are on the Avrupa’s website at www.avrupaminerals.com under the “Alvalade Project” tab.

Avrupa is in the process of re-assembling and reviewing all of the previous data on the Alvalade project and will report its plans for the project for 2017 shortly. 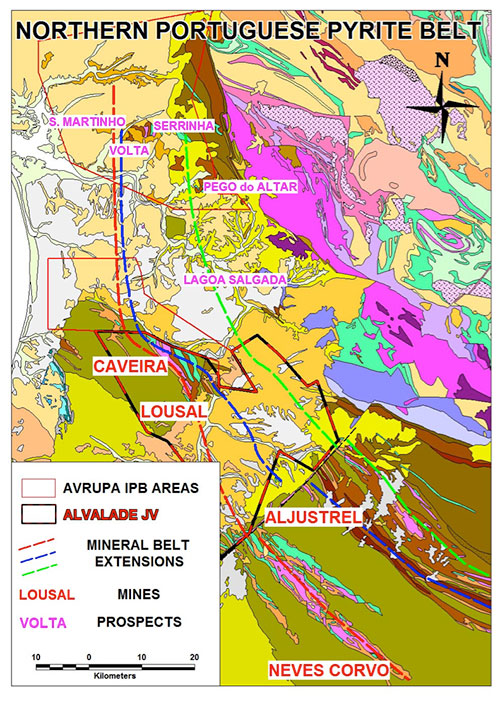 Avrupa has agreed to forgive approximately 160,000 euros in debts, assume a deposit on the project of 75,000 euros, and make the following payments to the initial partner on the project in return for increasing its interest in the project from 40% back to 100%:

The Company currently holds nine exploration licenses in three European countries, including six in Portugal covering 3,268 km2, two in Kosovo covering 47 km2, and one in Germany covering 307 km2.  Avrupa has three joint ventures, two in Portugal and one in Kosovo, including: