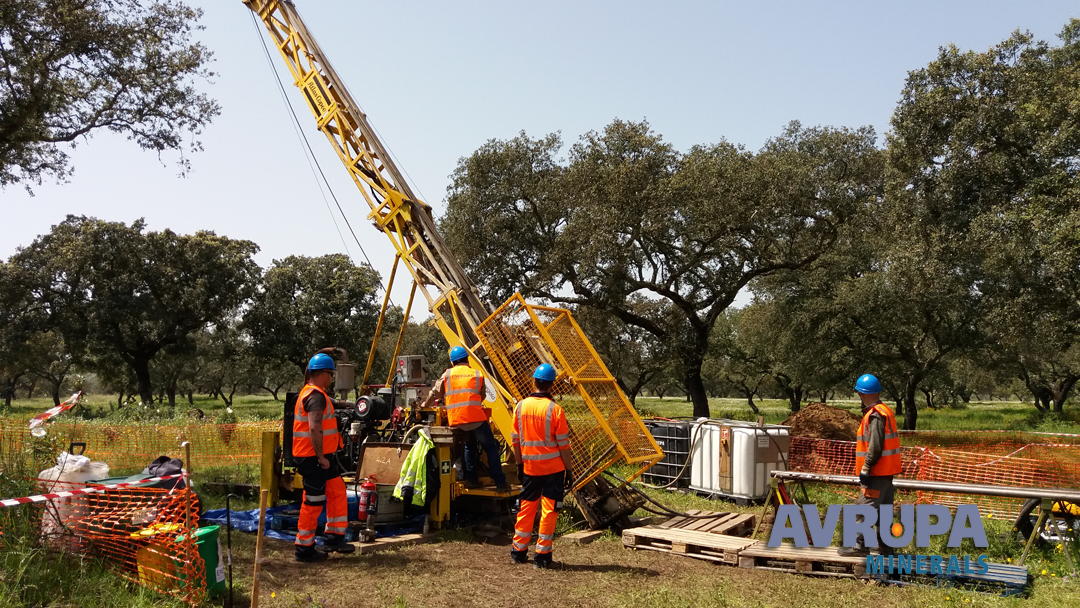 Avrupa Minerals Ltd. (AVU:TSXV) is pleased to provide an update on drilling at the Alvito IOCG Project in South Portugal.  Project work is funded by OZ Minerals, who are spending A$ 1 million on exploration to earn-in to 51% of the 300-square kilometer Project. Avrupa is the operator of the program.

To date, Avrupa has completed the initial program of 15 drill holes, totaling 2,127 meters, in eight separate prospect areas within the Alvito license.  The technical committee (comprised of Avrupa and Oz geologists) overseeing the progress of the project agreed to a supplemental program of three additional holes, totaling 300 meters, in the Entre Matinhas prospect area (see map in news release of May 3, 2018).  This drilling has just been completed, and the drill rig has demobilized from the project.

Earlier drillholes at Entre Matinhas intercepted zones of strong alteration, stockwork quartz-epidote-magnetite veining, breccias, and copper-bearing sulfide mineralization.  Samples from the first two drill holes in this area of the project have just been sent to the assay laboratory.  Processing of the remainder of the core continues.  Avrupa expects to have all processing completed and samples into the laboratory by the second half of July.  Drilling at several of the other prospects at Alvito, including Entre as Matas, Mata, and Monte do Outeiro intercepted zones of alteration and mineralization.