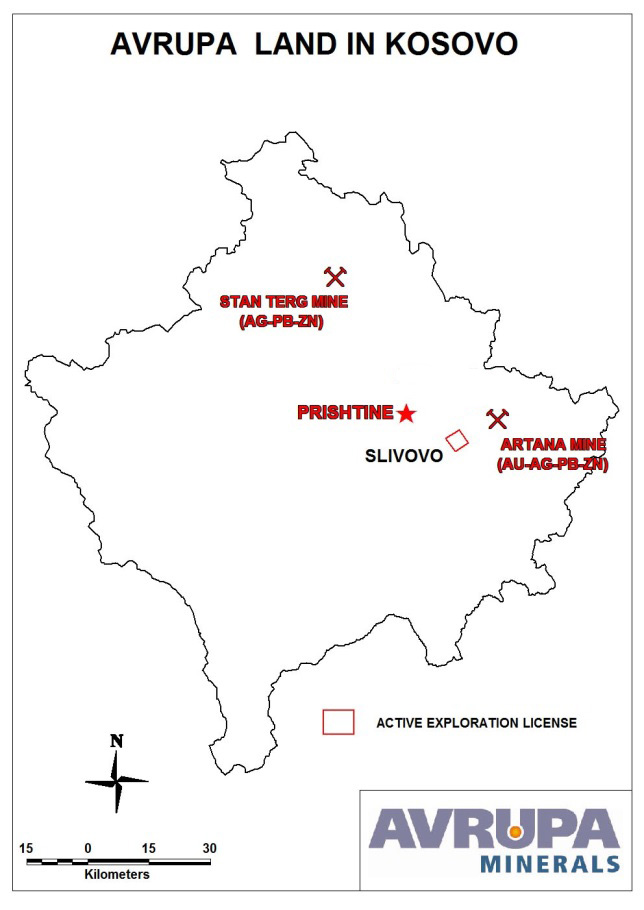 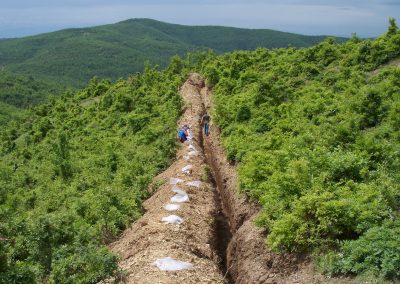 The country of Kosovo covers a portion of the prolific Vardar Zone, which historically has been one of Europe’s most important silver-lead-zinc districts.  Two long-lived mines, Stan Terg and Artana, have each been producers since Saxon times, and the Stan Terg complex has old Roman workings.  Metals produced from the mines include silver, lead, zinc, and gold from massive sulfide deposits.  Both mines are still operated by Trepca Combine, the state mining company.  All of Avrupa’s licenses cover districts of highly prospective land, with known outcropping mineralization and areas of significant alteration.  Several of the licenses are located within 10 kilometers of the two mines and share some of the important geological features controlling emplacement of the ore bodies.

Avrupa started a country-wide, GIS-based, prospect generation program during Q4 of 2010, using proprietary structural models, LANDSAT 7 alteration data, and publicly available geological, geochemical, and geophysical information.  First results of the program included the identification of numerous highly prospective districts.  The company applied for three areas at the end of 2010, and licenses for these areas were granted in early 2011. Initial reconnaissance work on the licenses continued through 2011 and early 2012, resulting in the advancement of one property to drilling stage, one license reduced in size to cover attractive base metal anomalism needing further exploration work, and one license returned to ICMM due to low levels of mineralization.  Avrupa applied for another area in late 2011 to cover potential copper and gold targets, and the license was granted in early 2012.  In 2012, Avrupa geologists discovered the Pester gossan on what is now the Slivovo license, which was also acquired in 2012.  The company has performed first-pass exploration work on all these licenses and has retained Slivovo, Kamenica, and Glavej.  Slivovo is being actively explored through the Byrnecut Joint Venture.  Avrupa is currently looking for partners for Kamenica and Glavej, both of which have drill-ready targets.

Following is a simplified model of what we can expect to find in the Vardar Mineral Trend of Kosovo.