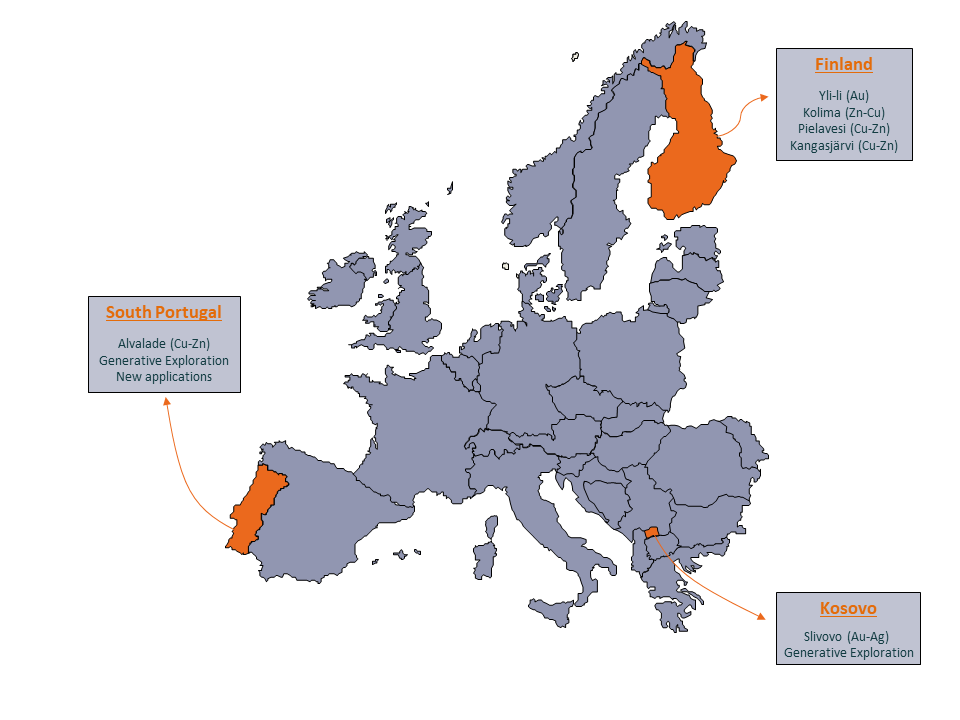 The Company holds exploration licenses through its subsidiaries in Portugal, Finland and Kosovo.